the gateway to "the home of your life" ➤

12 Best Things to Do in Indio, California

Indio is a lovely city located in Southern California's Coachella Valley. It rose to fame when it became the home of the annual weekend-long music festival, the Coachella Valley Music and Arts Festival. The city is extremely popular with polo aficionados, golfers, and casino-goers.

This guide provides a sampling of attractions in the area. One of the most unique attractions is Shields Date Garden, which is home to a date farm while also displaying intricate statues depicting the life of Jesus. Certain attractions may be temporarily closed or require advance reservations. Some restaurants are currently offering pickup only. Hours/availability may have changed.

The Coachella Valley is known for its desert landscape, palm trees, pools and unique home designs, but it's also a treasure trove for hiking. From Joshua trees and stunning rock formations to waterfalls and palm tree oases, there's a scenic hike for all skill levels within reach of the valley.

This guide provides a sampling of top hikes in the area that Desert Sun reporters Erin Rode, Ema Sasic and Janet Wilson recommend to locals and visitors alike.

Tap here to see highly recommended hiking trails in the Coachella Valley from the Desert Sun.

Developers of a major housing project in north Palm Springs promised its potential neighbors that the homes would not be fenced off or face away from their neighborhood this week. They stopped short of being able to promise a price point many in the community need in order to afford a home in the city.

Representatives from Watermarke Homes, the company that built 500 homes in the adjoining Mountain Gate community, said they are planning a yet-to-be-named development of more than 850 units that would surround the Desert Highland Gateway Estates neighborhood and its community center. Land being used for the project had previously been eyed for a possible college in the city's General Plan.

The preliminary plans, discussed during a meeting with the community Tuesday evening, include 364 condominiums and 488 single-family homes. Prices would range from the $300,000s to the $500,000s.

John Pavelak, Watermarke's president, told residents the company is hoping to include them early and often in discussions about the project to listen to what they want when building the new neighborhood. He also promised to contribute to improvements in the existing neighborhood and at the James O. Jesse Desert Highland Unity Center.

"What can we do to help?" he asked Tuesday following a discussion with the city's new police chief about safety in the neighborhood. "If it takes cameras, if it takes an outreach building, we can do that. We can make a difference."

Contributing to greater safety and building splash pools or dog parks is fine, neighbors of the project told Pavelak. Being able to afford the homes he's building would be better.

"We want homeownership," said Deiter Crawford, vice president of the Desert Highland Gateway Estates Community Action Association. "Me, personally, I don't care what you put in the park. What we want is for people in our community to be homeowners."

With potential mortgages in the $1,500 to $2,500 range, many in the audience said they would be immediately priced out of the development.

"Most folks cannot afford that in this area," said one audience member, pointing to the fact Watermarke purposely made some homes in the Mountain Gate project affordable when it was constructed in the early 2000s.

Pavelak could not promise a similar approach with his company's new project. But he did address another frequent concern of Crawford and others — the fact many planned developments in the area are gated and face the opposite direction of homes in the existing neighborhood, creating the feeling of exclusion.

"This will not be a gated community," Pavelak said. "The streets will connect to your streets, and the homes will face your community."

"We are going to be part of your community," added Dave Cooper, a Watermarke project manager. "We want you to tell us what you want us to do."

The neighborhood is one of several development projects in the surrounding area, including one other planned by Watermarke at the intersection of North Indian Canyon and East San Rafael Drive. That is where the company hopes to complete the Palermo Townhomes project, which was only half-built more than a decade ago. Cooper said that project is progressing but that the company has yet to close on the sale of the land.

Watermarke Homes, the builder who created Mountain Gate in Palm Springs and Mountain View at Mission Lakes in Desert Hot Springs, and now the very popular communities of Sunset Springs and Rolling Hills, has just announced, that these two latest new home community have sold out.

Architecture at the communities featured clean, California designs with spacious homesites that the builder is well known for in creating homesites that would accommodate RV parking, as well as accessory dwelling units (ADU). 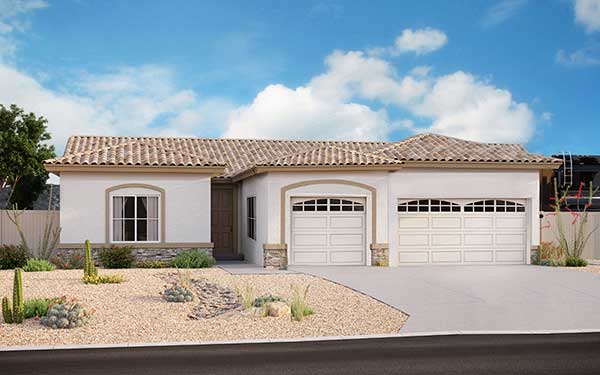 Featuring four plans, these homes offered multi-purpose possibilities: a home office, guest residence or artist studio. The homes range in size from 1,744 to 2,072 square feet with a wide array of elements for the ultimate in style and comfort. The homes also offered options like a 3-car garage or an attached casita, perfect for visiting family and friends.

While these popular communities went quickly, the builder Watermarke homes is in planning now for new resort communities in Palm Springs, the city of Indio and future homes in Desert Hot Springs.

For over 6 decades, Watermarke Homes has earned the trust of thousands of homeowners, with such well known communities in Palm Springs, Desert Hot Springs, Shadow Hills, Indian Palms Country Club and many more.

To learn more about future communities coming soon, sign up on the interest list to be included on updates as they happen.